Historical Fiction – A powerful tale of a slave girl’s triumphant journey to freedom with her family during the Civil War.

Science Fiction – The human race has fled to Mars, but this was only a temporary solution…Liam and his friend Phoebe discover some facts about time and space and realize that the human race is just one of the races trying to survive in space.

Adventure – Jennifer Nielsen (author of The False Prince) ends her Mark of the Thief trilogy with a page turner. Trouble has a way of seeking out Nicolas Calva, and it’s not likely to leave him alone any time soon.  Can he manage to keep his friends and family safe, claim his own freedom once and for all, and rescue the Empire – before the magic gets the better of him?

Adventure – Indiana Jones meets Mission Impossible (meets a squabbling family from the suburbs). This is the story of a family, lost, that finds itself in the deserts of Egypt. Ideal for anyone interested in Egyptology, archaeology and the Ancient World.

Mystery – When a toddler staying next door goes missing, it becomes apparent that Matthew was the last person to see him alive. Suddenly, Matthew finds himself at the center of a high-stakes mystery, and every one of his neighbors is a suspect. 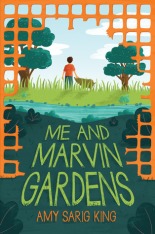 Realistic Fiction – Obe hangs out at the creek by his house, in the last wild patch left. One day, he sees a creature that looks kind of like a large dog, or maybe a small pig. And as he watches it, he realizes it eats plastic. Only plastic. Water bottles, shopping bags… No one has ever seen a creature like this before. The animal he names Marvin Gardens soon becomes Obe’s best friend and biggest secret. 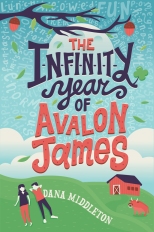 Realistic Fiction – After a tough year in which Avalon James saw her father go to prison, she and her best friend Atticus are counting on these words from Atticus’s grandfather-and on the magical possibility of “Infinity Year powers,” which supposedly kick in at age 10 and last for a year. 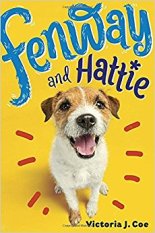 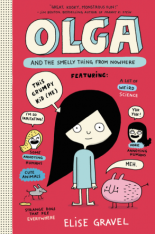 Humor – Meet Olga, the amazing child scientist who LOVES animals (because they are super-cute)! She discovers a smelly creature in her garbage that she names after herself, and studies the eccentric Olgamus using the scientific method, the practices of Jane Goodall.

Fantasy – In a classic fantasy world, three young rabbits are on the run from the villainous Gorm tribe who have killed and enslaved their clan. Podkin, once destined to be clan leader, has always been spoiled, but now he must act bravely as he, his older sister, and baby brother flee for their lives.