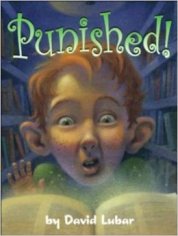 Logan knows he shouldn’t have been playing tag in the library reference stacks and he’s sorry that he crashed into Professor Wordsworth.  Logan’s punishment is an unusual curse: everything he tries to say comes out as a pun.  The cure, according to the elderly spell caster, involves more wordplay: Logan must hunt down examples of oxymorons, anagrams, and palindromes. (19 copies of this book available)

A bicycle can’t stand alone because it is two-tired.

Winning candy as a prize is always a sweet victory.

If you leave alphabet soup on the stove and go out, it could spell disaster.

Tired of continually having his feelings hurt by popular students and bullies, fifth-grader Nathan agrees to try an experimental formula, Hurt-Be-Gone, and becomes a half-dead zombie, a condition which, he soon discovers, has some real advantages.

Maggie is a clever, lovable new hero.  In Book #1 dogs are disappearing in her neighborhood, and Maggie Brooklyn Sinclair knows all about it. After all, she is an amateur dog-walker. Maggie hates to see a pup in trouble, so she’s even willing to help her ex-best friend Ivy recover her rescue-dog, Kermit. Kermit’s being held for ransom, and Maggie has noticed some suspicious behavior lately. 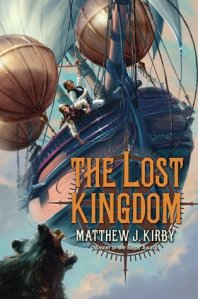 Steampunk at its best!  This is an extraordinary adventure story, intrigue and courage.  Billy Bartram, his father, and a secret society venture into the American wilderness in search of the lost people of the Welsh Prince Madoc. Traveling in a flying airship, the members of the expedition find their lives frequently endangered in the untamed American West by terrifying creatures, a party of French soldiers hot on their trail, and the constant threat of traitors and spies. Billy will face hazards greater than he can ever imagine as, together with his father, he gets caught up in the fight for the biggest prize of all: America. 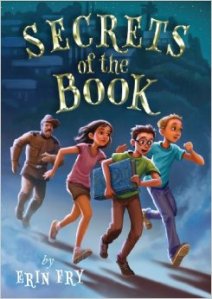 Secrets of the Book by Erin Fry

You don’t chose the book, the book choses you.

Sixth-grader Spencer Lemon has no idea why he was chosen to protect “Pandora’s Book,” a book that contains famous dead people who can be brought back to life. Soon he discovers there are other people interested in the book, people who may have evil intentions, and it’s up to Spencer and his friends to protect the book and save the world.